Get fresh music recommendations delivered to your inbox every Friday.

Nativity In Frank: A Tribute To Stickboy 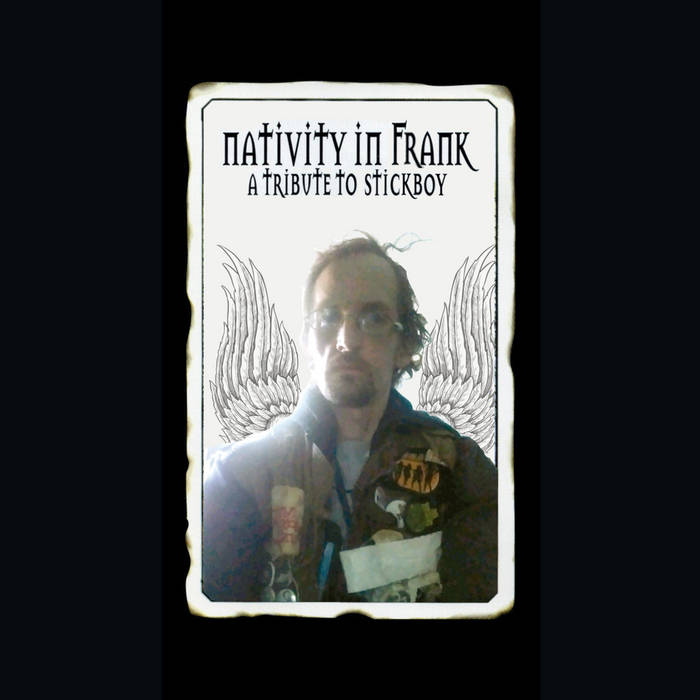 On 11/29/2020, I recorded an interview with Frank Ross, which can be found here, along with links to some of Frank's other musical works:
www.jamieorlando.com/stickboy

Wait, did he die?
No, no! Frank is alive and well.

Who is Stickboy?
Stickboy is Frank Ross, a hyper-obscure outsider who I befriended when he was living in Dover, Delaware. He is originally from Atlantic City and has since moved back. Frank's music is unlike anything else. From his electronic "Twist" album that he created in Pocketband on his phone, to his rapid-fire lo-fi punk creations, to his free improv on the toy xylophone or ukulele. Frank's music has always kept me on my toes, and it's always a real joy to see him perform.

Why did you do this?
I've always been drawn to Frank and his music, and thought it would be a worthy experiment to have me and some friends cover his works and pay tribute to him. Hope you enjoy it Frank!

Who are the artists?
Charles Barabé is an amazing Canadian composer and I was really psyched to get him on this. Bossbattle is Sean Stellfox, a former Delaware resident, now having lived in Indonesia for a few years now. Konrad Kamm is a Brooklynite who does a killer project called Glass Frog. Ozgirb is Jamie Briggs, a close friend & drummer who lives in Phoenixville, PA. Alex Homan is one of the founders of the Delaweird collective and also goes by Delaware Dan. C. Benefield is Colin Sebastian, a new England fellow who has since moved to Delaware and is a regular at the shows here. The Note Slayers are a father/son duo of Chris Haug & his son Lucian crushing the drums. Zigra is me (sorry!). Dancehall Neil is a close friend of Frank's from Dover, a totally unique person, and is the one that introduced us. Hidden Garden is Casey Grabowski (see remarks below). Pissenlit wished to remain anonymous, but if you're in Frank's inner circle, you know who it is.

Remarks: One very special track on this album is done by Hidden Garden, one of the many monikers of the late Casey Grabowski. When I was first creating this thing, Casey was getting pretty sick, and I really had to twist his arm to do this. He put out probably my favorite cut on this album, and it ended up being the last piece of music he recorded. That is unbelievably special. I am forever grateful and honored to have him on this. RIP friend.

Music "label" by Jamie Orlando. Coming to you from Delaware. Average of about 1 release every few years or so.

Bandcamp Daily  your guide to the world of Bandcamp